At one point FarmedHere was the nation’s largest vertical farm. It was also the first to be certified organic by USDA. Now it’s closing. What does that mean for the industry? Thoughts from Rosemont and FarmedHere founder inside.

This isn’t the first of the capital intensive vertical farms we’ve seen close. Mirai, Panasonic, and Google have all abandoned vertical farming projects. Does that mean that the money just isn’t there to do these things commercially at a large scale? Basically, what the owners of FarmedHere said is that they weren’t making enough money and could leverage their investments better in other sectors. Reading between the lines, profits stank. Is that true with all of these larger commercial farms?

Hard core narrow viewed industry advocates will of course have explanations and excuses, but that really could be the case.

At the same time, we’ve seen small-scale vertical farms with tons of success. Just guessing the reason based on our farm, their margins are probably higher since they don’t have to worry about moving as much product.

So, is the answer that without government or other outside assistance (like Sky Greens in Singapore, which is still expanding), it’s up to smaller farmers with better sales channels to develop the technology before vertical farming really becomes scalable?

I don’t think that’s a bad idea, and is what I’m trying to be a part of with Rosemont.

But it’s certainly not the only idea. There are still big vertical farms that look to be doing well. It’s just a matter of adapting and continuing to learn – and this can happen at the same time with both highly funded ventures and smaller models.

Aerofarms is kind of positioned to be tested next (though Gotham Greens  and Green Sense are still chugging along with less of a buzz too) and we’ll have to see what they can do. 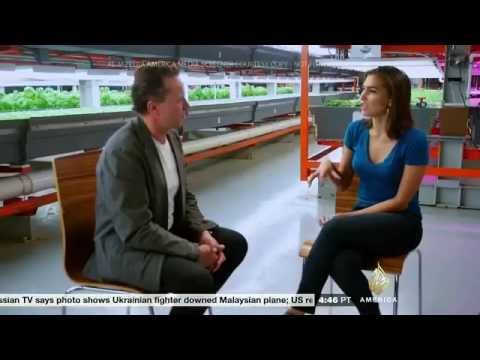 Here what one of the founders of FarmedHere had to say in an open letter to AVF members:

It’s not unusual that the first movers and shakers in a new industry come across unexpected challenges.  As we all recently learned, FarmedHere is closing its vertical farming operations in Chicago.  I had the honor of co-founding FarmedHere in 2009, when it was unheard of for commercial farming to be located in city centers.  When we started FarmedHere there were no regulations, financing, qualified labor force, nor proven business model for vertical farming.  All we had was the promise of technology for growing plants under artificial light. By 2010 we had our first city farm up and running as an ultra-local grow operation, harvesting greens one day before store delivery and farm-to-store direct distribution. It was truly a disruptive model to the traditional food distribution and farming industry.

Despite these challenges, we forged ahead and made great progress.  For example, we went through many months of public hearings and complex legal processes to obtain government approval on the city, county, state, and federal levels.  In addition, we obtained the first vertical farm USDA organic certification.  Ultimately, we scaled our sales of several lines of leafy greens to about 100 grocery stores in the Chicago metropolitan market.  In early 2015 due to a misalignment with some of the new FarmedHere investors on the future of FarmedHere, I moved to other ventures but remained optimistic for continued FarmedHere success.

Since vertical farming is a rather unique blend between highly efficient manufacturing and technological farming, its success depends on the following: strong and smart capital, innovative sales and marketing, and a solid management team, working creatively with stakeholders from the local government, growers, technology providers, and customers. While the vertical hydroponic grow technology was proven to work at scale, FarmedHere missed on the business-side, with some of the other necessary ingredients to expand on its initial success.

In 2017 there are many examples of profitable vertical farms across the country and abroad.  As demand for local and organic food grows, so will the industry.  There are numerous reasons vertical farming is in demand – food safety and transparency, consistency, availability, high quality, nutritional value, not to mention a push towards sustainability.  But it’s going to take all of us working together and exchanging ideas and sharing experiences.  Like the industry, I’m evolving to keep up with innovation and technology.  I am very positive about the future and looking forward to working with all of you.

I would like to thank all the creative builders, architects, growers, angel investors and organic grocery stores who made it possible for FarmedHere to impact the food system with a positive and permanent change. Let’s all remember FarmedHere for what it achieved and how it paved the way for many successful vertical farms all around the World.